There were some fantastic performances - the Eponymous Mr Fox impressed, ably supported by his long-suffering wife.  Mr and Mrs Badger led the ensemble of Moles, Weasels, Rabbits, Badgers and Rats, all with their own distinctive physical motif and voices, with the unruly King Rat, a drunken Glaswegian, bringing up the tail.  The villains of the piece were undoubtedly the fearsome and, at times, foolish Farmers.

Special mention must go to Mrs Monk for her intricate masks, which were so effective in communicating the characters.  The matinee performance to over 400 local primary school children was one of the highlights for the cast and crew.  A memorable evening was had by all who saw the show, with many adults and children alike chanting “Digger Dig Dig!” as they left the auditorium! 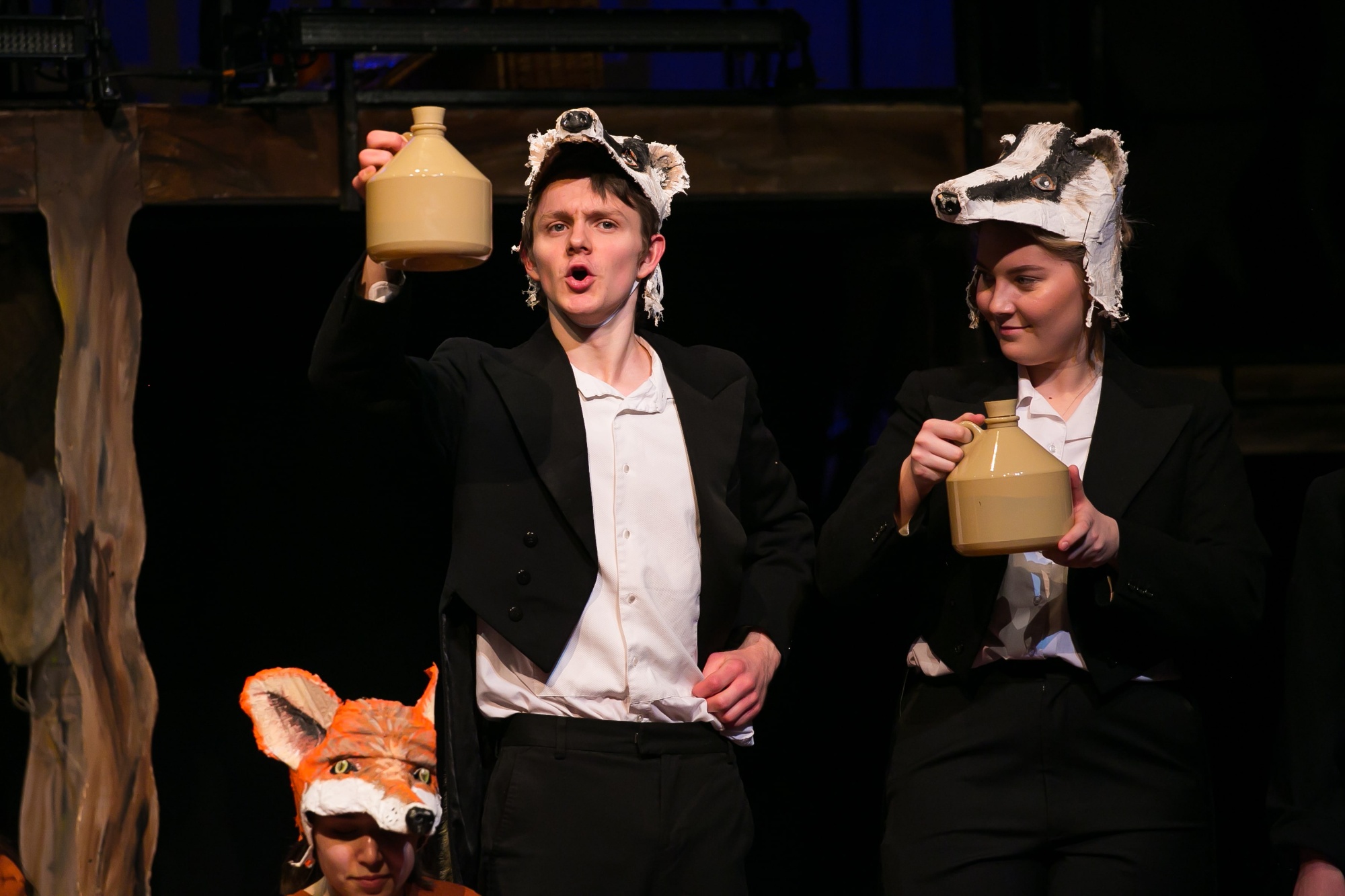 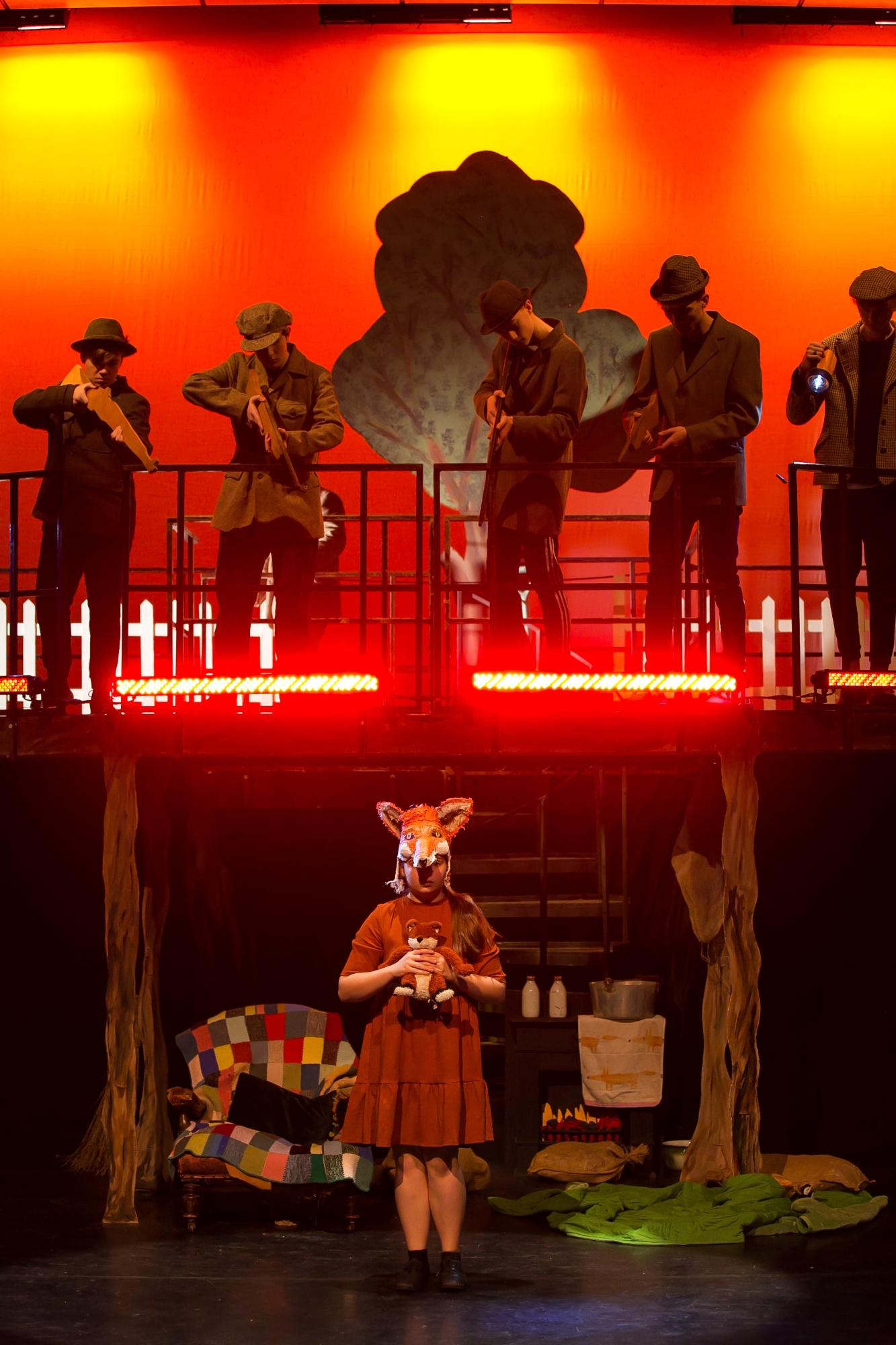 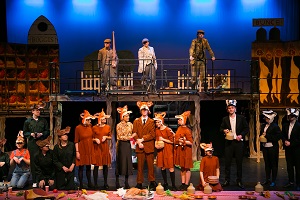